For many guitarists the Vox AC30 is the greatest guitar amp ever made – bar none.

The combo was originally designed for the instrumental group The Shadows, but it became known worldwide as ”The Beatles Amp”. Over the decades, many other guitarists have favoured Vox’ best known design. Users include people like Brian May (Queen), Rory Gallagher and U2’s The Edge. Many Finnish Shadows-/Ventures-style bands (”rautalankka”) also favour the AC30.

Despite their legendary status, vintage Vox AC30s also do have their issues:

This large 2 x 12″ combo weighs quite a lot, making it a little hard to carry alone. Old Voxes also are non-master volume amps, which means that attaining natural distortion comes at the cost of serious sound pressure levels – often too much for small clubs and function gigs. Old AC30s also have all their valves – yes, also the power amp tubes – placed inside an almost completely closed metal chassis. This has led to vintage-Voxes getting an infamous reputation as relatively prone to catching fire.

Boutique amp makers Bluetone (from Helsinki, Finland) have recently come up with their special take on the beloved classic combo. Their new amp is called Bluetone Shadows Reverb, and it comes with a whole number of welcome improvements and modern features.

Bluetone’s Shadows Reverb (reviewed version: 1,950 €) is a single-channel all-valve amp loaded with a genuine spring reverb. The combo represents the company’s view of what constitutes a perfect Top Boost-channel tone, all presented in a much more compact format.

The Shadows Reverb is a class AB amp, and it offers between 15 and 30 Watts of output power, depending on the setting of its built-in Variac.

The combo’s cabinet is made from high-grade plywood. The Shadows Reverb is a good deal smaller and less deep than its classic forebear from the 1960s. 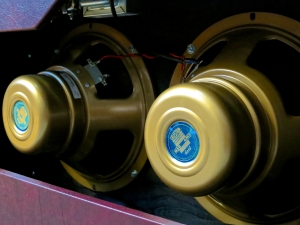 This reduction in heft is due mostly to the use of 10-inch Celestion Alnico Gold speakers in place of the AC30’s 12-inch speaker pair.

The speakers in the Shadows Reverb combo have been ”played in” for a number of hours (using an oscillator) to get rid of the typical tightness of brand-new Alnico Golds.

This Bluetone-combo uses three 12AX7-tubes, and a single 12AT7 in its preamp section.

The power amp runs on a quartet of EL84 valves. The Shadows Reverb is a cathode-biased valve amp, which means that replacing the power amp tubes doesn’t usually necessitate any rebiasing.

Yes, the Bluetone Shadows Reverb is ”just” a single-channel combo, but it is far from a single sound guitar amplifier. In large part this is thanks to the brilliant modern features Bluetone has incorporated into this homage.

The Shadows Reverb offers you two guitar inputs – High and Low – for use with single coil- and humbucker-equipped instruments.

The preamp features a two-band Baxandall EQ-section – with typically interactive controls for Bass and Treble – as well as a three-stage Bass Cut rotary switch, which offers you two fatter alternatives to the famously bright and wiry Vox Top Boost sound.

The onboard spring reverb sounds fantastic and is a real treat to work with, giving you everything from completely dry tones to Surf Music antics.

Cut allows you to make overall adjustments to the combo’s treble output.

Bluetone’s Master Volume-control is placed after the phase inverter, right at the end of the signal chain. This allows you to get juicy power amp distortion at low volume levels, and with only minimal changes in the amp’s tone.

As mentioned before, the Shadows Reverb comes with a built-in Variac circuit. Although the Variac also has a bearing on the combo’s output level, it works in a completely different way to the master volume, namely by dropping the voltage the power amp runs on. Turning the Variac down will result in a good deal less clean headroom and more power amp sag.

Due to large public interest, I had to return the Shadows Reverb much earlier than anticipated, but I still managed to record two different demo tracks with the Bluetone amp.

The second track (overdriven) has been recorded with a Stratocaster. The distortion comes from the Shadows Reverb (no pedals used), and all tracks have been close-miked with a pair of Shure SM57s:

Bluetone’s Shadows Reverb is an outstanding boutique amp take on the Vox AC30 motif. Like all other Bluetone amps, the Shadows Reverb is carefully handmade in Finland to the company’s strict quality standards. This results in reliable top-drawer tools for the musician, with extremely low levels of hiss and negligible AC hum.

I had a great time test driving this combo. The Bluetone Shadows Reverb simply delivers all it promises with style and panache. The combo weighs approximately half of the original classic (AC30s usually weigh between 31 to 36 kg, depending on their specific vintage and the speakers they come loaded with). The reduced size means you won’t be having any problems lifting this beauty into the boot of a small car, such as a Ford Fiesta.

Thanks to the additional features of this Bluetone combo – like the Bass Cut and the Variac – you will be able to enjoy the great sound of the Shadows Reverb anywhere you want, be it at home or on stage. 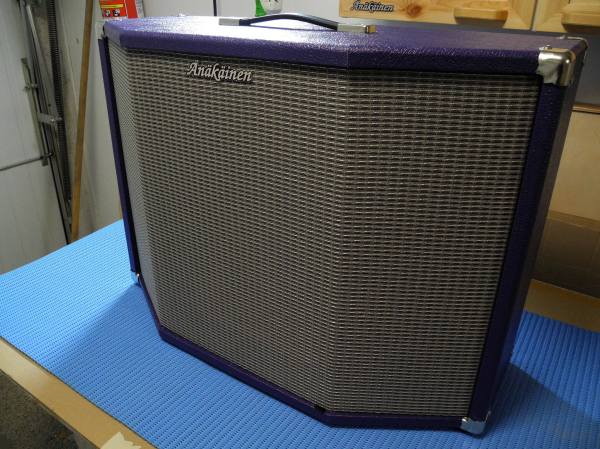 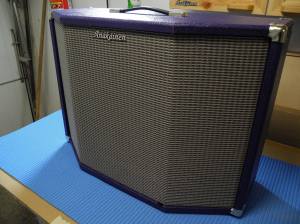 Puuverstas Änäkäinen have just introduced their brand-new Simo 3D guitar cabinet, which is a 2.1-style Wet/Dry/Wet-cab for both acoustic and electric guitar. The Simo 3D cabinet’s stereo sides are equipped with a PA-style two-way speaker system, while a Celestion Tonker Lite has been selected for middle speaker duties. The 3D cab is meant to be used in a Brian May-style way – you run an effected stereo signal into the sides and feed a dry guitar signal to the middle speaker. Triodipaja’s main man, Lassi Ukkonen, has taken an active part in this cab’s design. Ukkonen also developed the audio crossover used in the Simo 3D.

Änäkäinen’s new model has a power rating of a whopping 200 W (Celestion: 100 W/stereo speakers: 2 x 50 W), while the weight has been kept surprisingly low at only 19 kilos. The cabinet is crafted from Finnish softwood plywood, all traditionally jointed without screws. Prices start from 1,480 €. 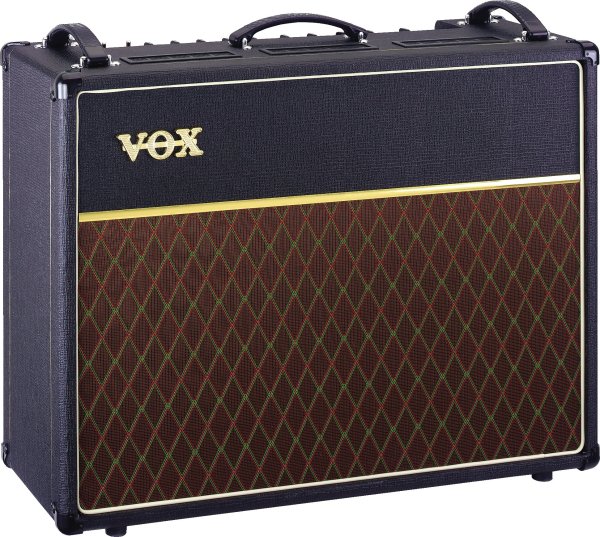