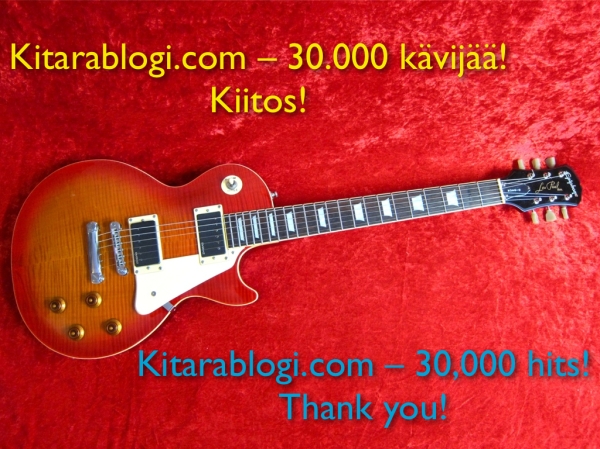 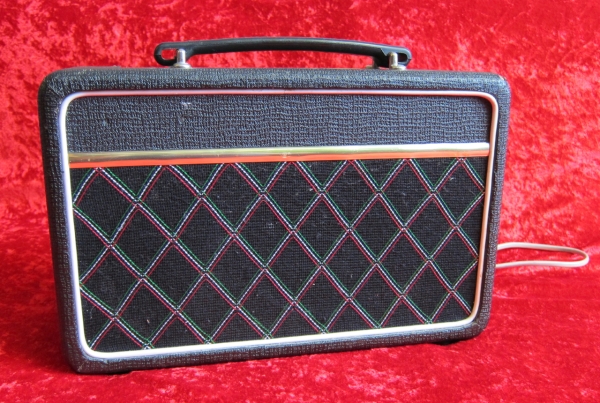 The Vox Escort came out in 1975 and was Vox’ first battery-powered practice amp. This baby-AC30 has about 3 Watts of power, which it puts out through a 5-inch Elac-speaker. The diminutive Escort stayed in the company’s line-up until 1983.

The first run of combos was battery-power only, using huge 9V -batteries, called PP9, but already in 1976 the dual-power Escort Battery-Mains -model was put into production.

My own Vox Escort is an ex-battery-only combo, which a previous owner had already converted to AC-powered, when I bought it some ten years ago. 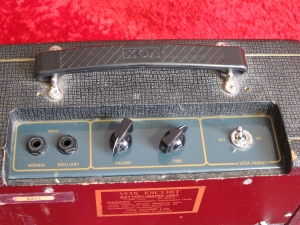 The Escort features two inputs – Normal and Brilliant – as well as two controls – Volume and Tone.

The genuine Battery-Mains-version has a slightly different layout, as well as a power-selector and a fuse compartment on the control panel:

On the cabinet’s right-hand side you’ll find a line out jack for easy connection to a mixing console or – as Vox suggested – for using the Escort as a booster in front of your big amp:

The small, lower back plate – normally providing access to the battery – is obviously not original. It would have been made of the same chipboard material, as used for the larger upper plate. 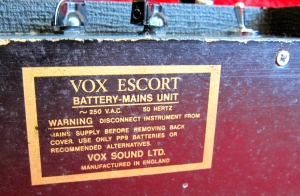 The modification to AC-only isn’t quite as neat as it could be, but the amp is in perfect working order, nonetheless. The sticky tape on the sides has been added to stop the back plates from rattling.

The transformer is screwed tightly to the cabinet’s floor, the circuit board (containing the rectifier amongst other components) is fastened to the amp chassis (slightly askew), while the 5-inch speaker is fixed to the baffle, as it should be.

During the latter half of the Seventies the Escort Battery-Mains got company by two larger brothers. The Escort 30 was a noticeably larger 30 Watt combo with a 12-inch speaker, as well as a built-in fuzz-channel. The Vox Super Twin featured two 5-inch speakers and a spring reverb, and was rated at 20 Watts.

Reverb was added at mixdown. 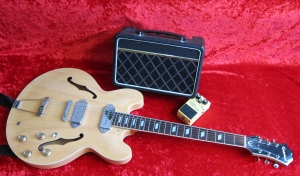 In Vox’ current line-up the closest equivalent to the Escort would be the Pathfinder 10.