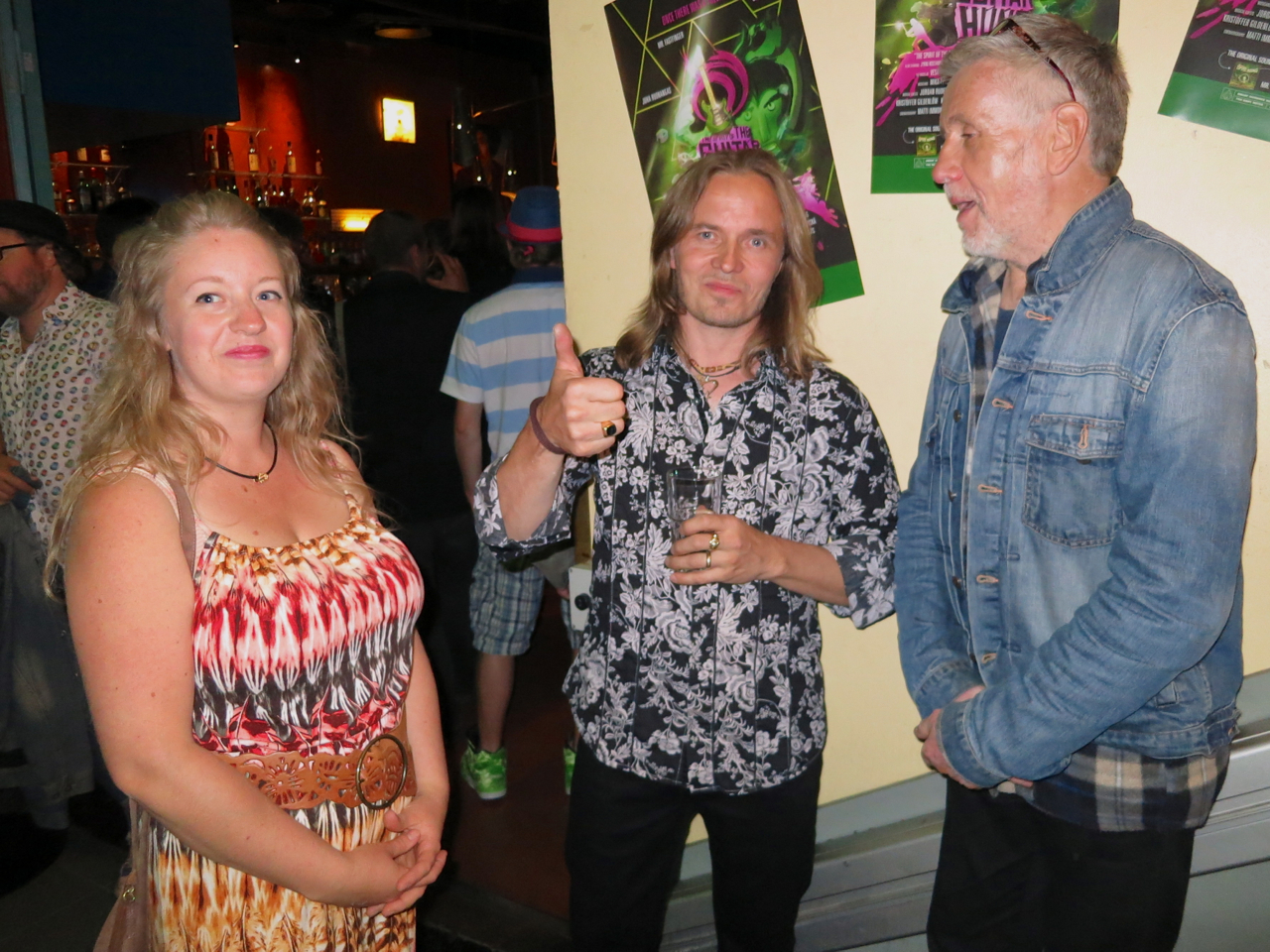 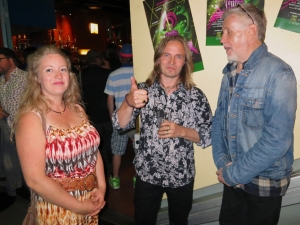 Juha Ruokangas (centre) and his wife Emma were on hand to greet their guests (yes, this is Finnish Prog Rock legend Jukka Tolonen on the right)…

…as was guitar virtuoso (and animator) Mika Tyyskä. 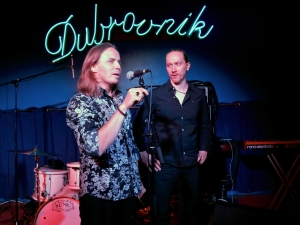 Juha and Mika officially opened the evening by taking to the stage and sharing a drink with their guests.

The centrepiece of the evening was the world premiere of Ruokangas Guitars’ and Mr. Fastfinger’s joint movie ”The Spirit of the Guitar Hunt”, which will be released in segments on You Tube. The invited guests were shown the full movie.

A few words from the hosts, and then it was time for the world premiere:

The creative team behind the ”Guitar Hunt”… 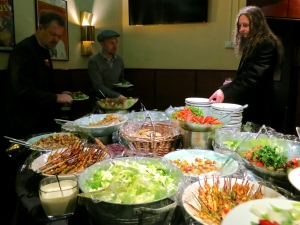 The premiere was followed by delicious food, as well as great live music from Antti Paranko and his band, and Mr. Fastfinger.