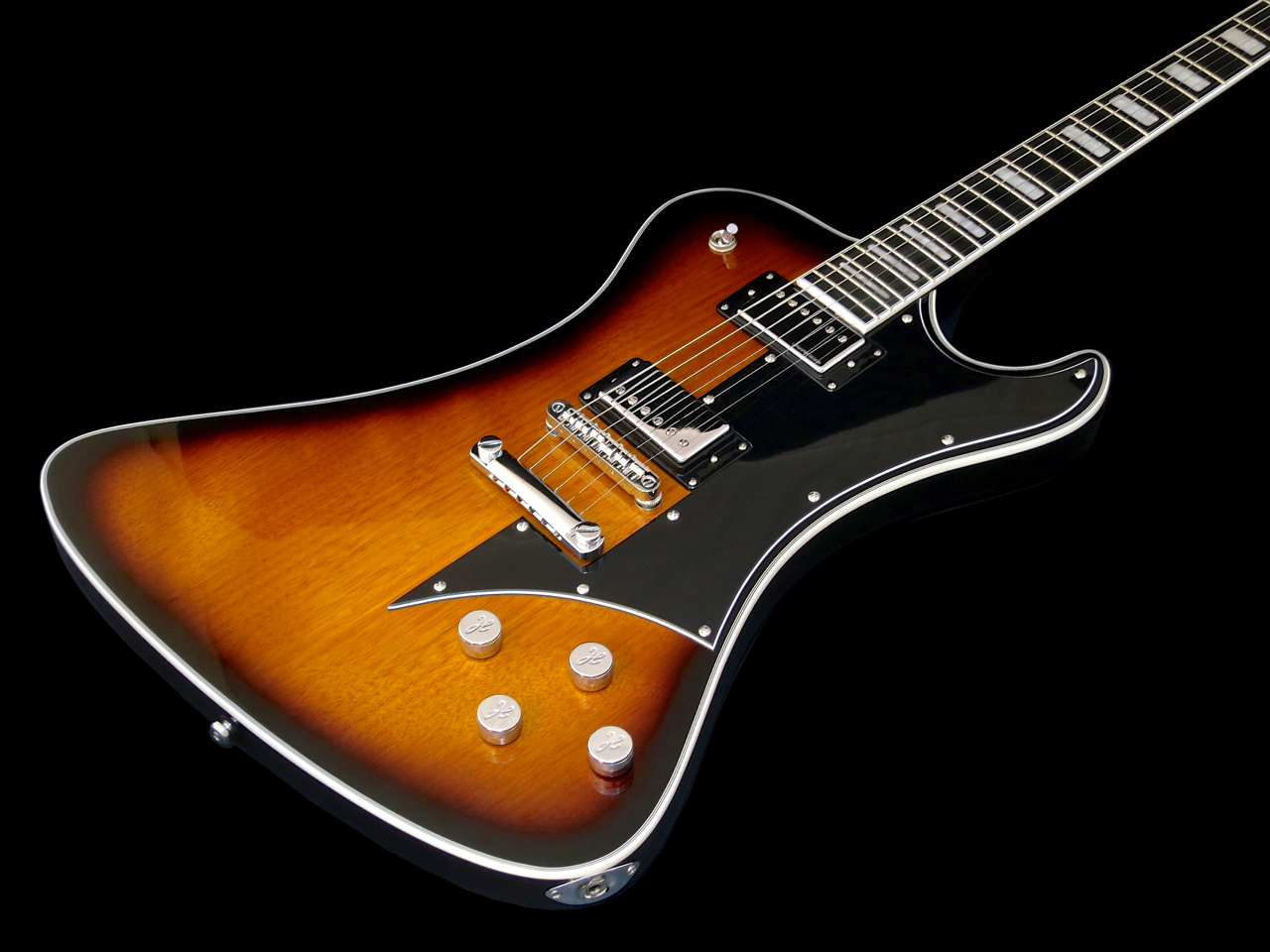 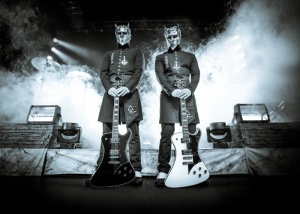 You could call Hagström’s Fantomen (Swedish for The Phantom) a signature guitar of sorts, as it has been designed in collaboration with Swedish Metal band Ghost.

In terms of its outline the Fantomen is not a million miles removed from Gibson’s forgotten Seventies classic the RD, which was sunk by the ill-advised addition of active electronics. The Hagström Fantomen, in contrast, has been designed as a straightforward and practical, yet versatile, electric guitar for the Rock and Metal guitarist. Let’s take a look… 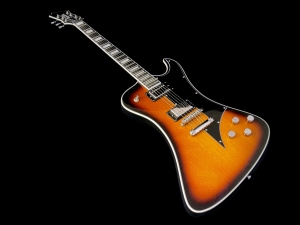 The Fantomen is available in black and white finishes, too, but I must say that the sunburst finish on our test sample is a stunner, really showing off the two-piece body’s wood grain.

The front of the body sports multi-ply binding, while a comfortable ribcage chamfer has been added to the back.

Hagström’s stylish headstock is a bona fide design classic, as are the stepped tuner buttons.

Two special features are included in all Hagström models:

The Hagström H-Expander truss rod is an ingenious piece of engineering. The adjustable rod sits inside a metal rail with an H-shaped cross-section. The entire assembly is then inserted into a slot of the same shape that has been cut into the neck wood. The H-Expander requires less wood to be removed than any of the other traditional truss rod designs, which is a good thing for the structural integrity of the neck, which in turn benefits the guitar’s tone and sustain.

Hagström has also long been favouring its proprietary Resinator-material for all of the company’s fingerboards. Long before the recent ban of genuine rosewoods was even on the horizon, Hagström found a way to bond sustainable wood slivers and resin into man-made ebony, calling the material Resinator. 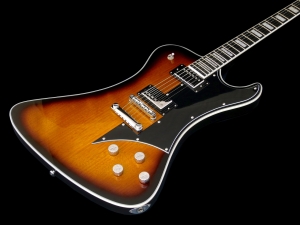 The chrome hardware further comprises a tune-o-matic-type bridge and a stopbar tailpiece, as well as a set of Hagström’s H-embossed knurled control knobs. 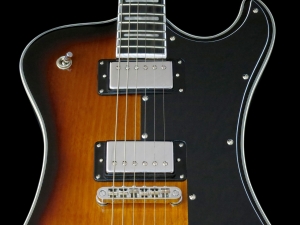 For their Fantomen model Hagström turned to Swedish pickup guru Johan Lundgren, who designed a set of Far Eastern Lundgren Designed humbuckers for the model.

The neck humbucker is loaded with an Alnico II magnet, while the bridge unit uses a stronger Alnico V version.

The Gibson-type control setup of two volumes and two tones is further augmented by push/pull-switches in the tone controls that split the humbuckers.

For such a comparatively large-bodied guitar the Hagström Fantomen is rather comfortable to ”wear” and play. Our test sample’s weight is on the moderate side of medium.

The neck profile is a slim D and the excellent, buzz-free setup makes the test sample a real player. The fretwork is very competent, even though our test guitar’s frets would have benefitted from a few minutes more attention during polishing. Straight out of the box there’s a tiny amount of coarseness you can feel during bends, which will disappear by itself, though, simply by playing the Fantomen regularly.

The decision to use humbuckers with a moderate output level in the Fantomen really pays off. The tones this Hagström delivers are nuanced, dynamic and three-dimensional. The Fantomen is a guitar that faithfully translates a player’s touch into music, meaning it can be gentle just as well as aggressive. The coil splits go a long way in providing fairly authentic single-coil sounds for those Fendery moments.

Even though the Fantomen was designed in collaboration with a Metal band, Hagström haven’t fallen into the trap of creating a one-dimensional, balls-to-the-wall screamer. The looks may say ”Rock”, but Hagström’s Fantomen also offers fine clean tones, turning this model into a great all-rounder.