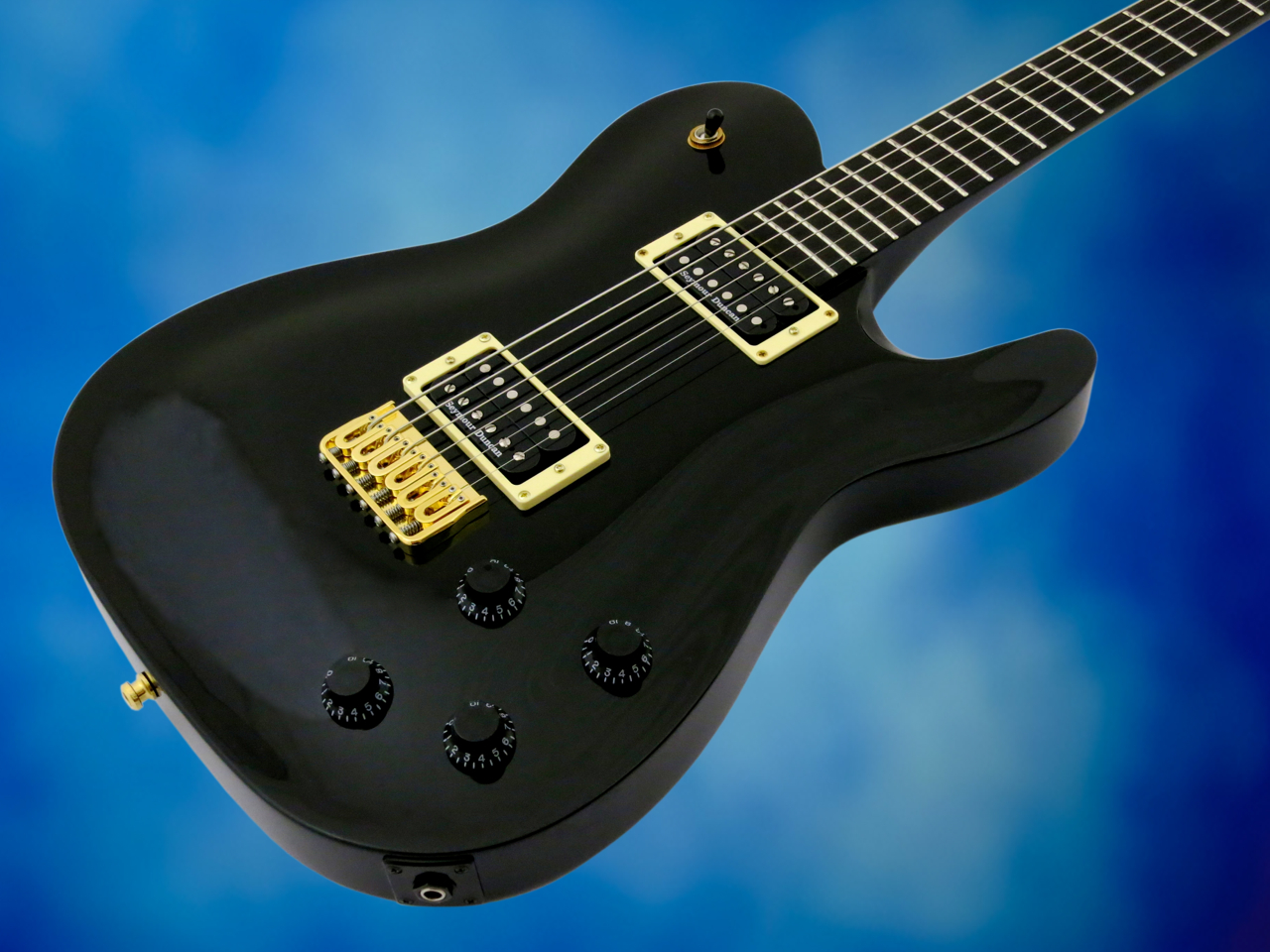 Usually, we get the products we review from the Finnish distributors, or directly from Finnish guitar- or amp-makers.

This time, though, I was approached by guitarist Jaakko Rytsölä. Jaakko had ordered a guitar for himself, liked what he got, and is now thinking seriously about importing this brand, in partnership with Espoo-based company Guitarworx.

Jericho Guitars – who are based in Plano, Texas – are a brand specialising exclusively in long-scale baritone electric guitars. Jericho use what they call a ping-pong manufacturing process: The raw tonewood is hand-selected at a wood supplier in British Columbia (Canada), and then sent to a manufacturer in South Korea for all the basic neck and body work. The half-finished guitars are then shipped back to Texas, where they are assembled and set up. According to Jericho, this process results in high-quality instruments with a player-friendly price tag.

Jericho have already caused quite a few waves with their Avenger model, which is squarely aimed at the Hard ’n’ Heavy crowd. Now the company has introduced a new model, called the Jericho Fusion. We received a preproduction version of the Jericho Fusion Black And Gold-version for review.

The Jericho Fusion (price in Finland approximately 999 €) is a sleek and elegant baritone guitar, with a body outline that is based on the venerable Fender Telecaster.

The Fusion has a three-piece mahogany set neck, as well as a mahogany body with a contoured front. 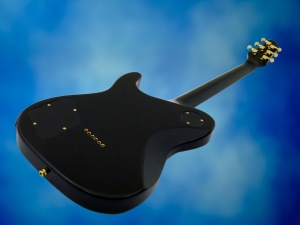 The body’s back features a generous rib cage chamfer. 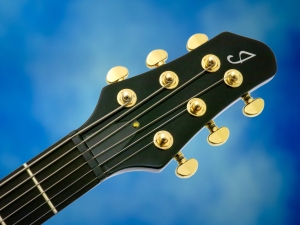 Jericho’s headstock design looks very nice, and offers almost straight string pull, which is a definite plus for tuning stability. 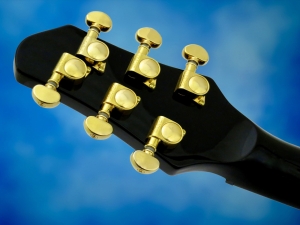 A set of golden Grover Rotomatics keeps the tuning solid. 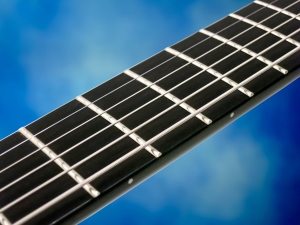 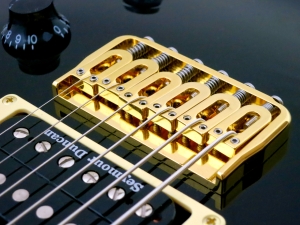 The bridge is a chunky Hipshot design, constructed from a machined brass base and stainless steel bridge saddles. 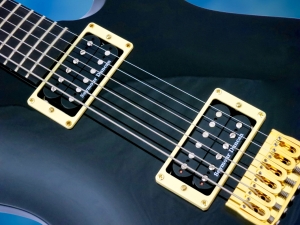 The Jericho Fusion comes equipped with a classic pair of Seymour Duncan humbuckers – a ’59-model in the neck position, and a Custom TB-5 at the bridge. 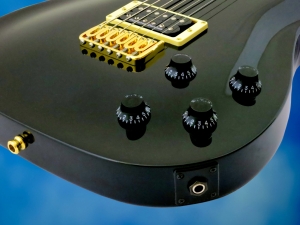 The guitar’s controls are configured in traditional Les Paul-style, giving you independent volume and tone controls for each pickup. 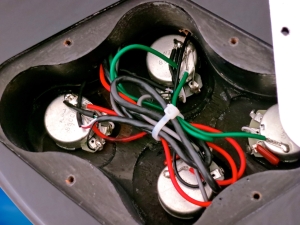 A look under the hood reveals quality components and clean workmanship. Our preproduction review guitar has regular Les Paul-style wiring, but production models will come with push/pull-pots for splitting the humbuckers. 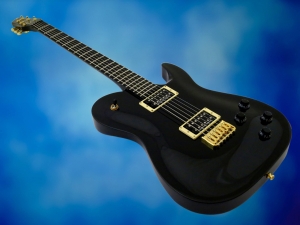 The Jericho Fusion is a great player. Actually – and this might come as a bit of a surprise – it is very easy for the guitarist to adjust to the longer-than-usual scale length. After a minute or two, you simply forget about the longer scale, and just get on with playing.

The guitar’s neck profile is a neither too slim, nor too fat, ”D”. Our review sample had a comfortable medium weight, and it came with a very low and slinky setup.

While Jericho’s Avenger was designed to be a balls-to-the-wall Metal-machine, the new Fusion model covers much more musical and tonal ground, thanks to its less powerful pickups. Don’t worry, the Jericho Fusion can do the head-banging stuff with aplomb, too, but this guitar also holds very lush clean tones in store, should you be so inclined.

Here’s a short clip of all three toggle switch settings (starting at the neck), played through a clean amplifier:

And here’s the audio track from the You Tube-video: 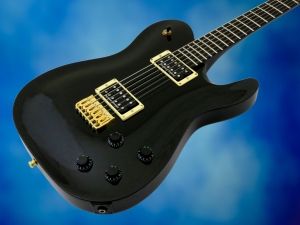 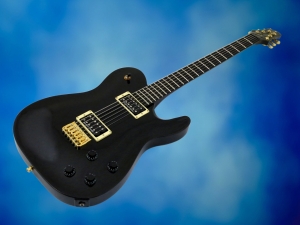 Jericho Guitars’ Fusion is a great-playing, versatile modern baritone electric. This guitar is well-made, no-nonsense tone machine for the player who wants to go low or even lower. Let’s hope that Jericho’s instruments will soon become more widely available in Finland.